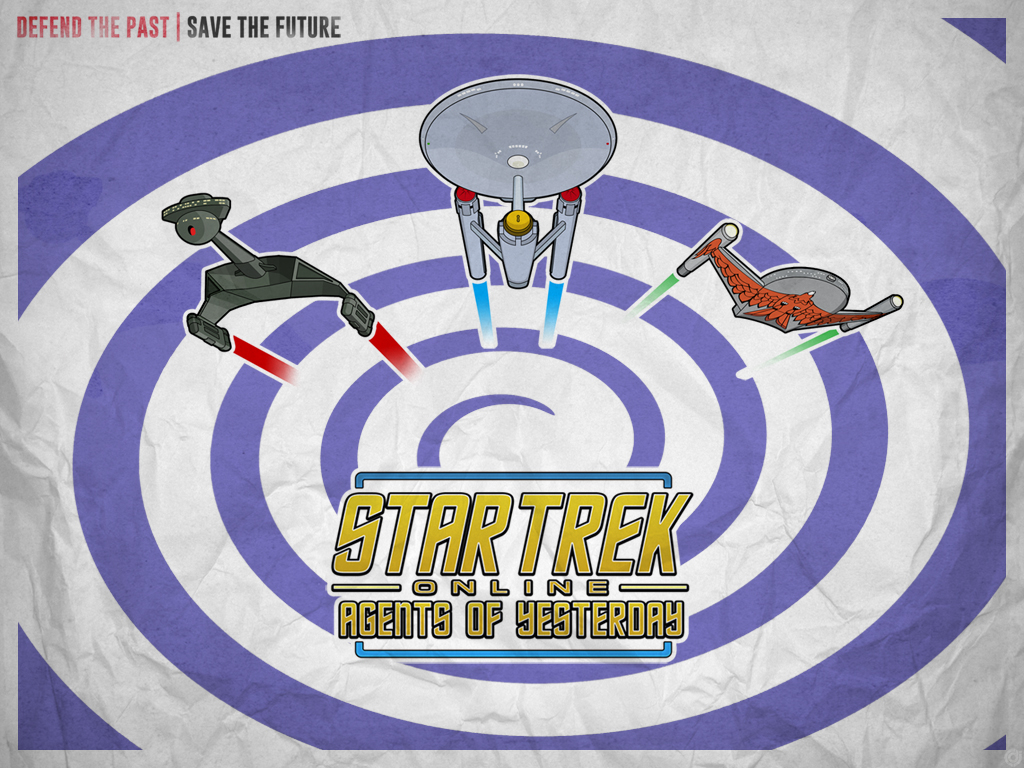 Star Trek Online, STO for short, is an epic 3D sci-fi MMORPG based on the popular Star Trek franchise. The game features story-driven gameplay that largely follows the Star Trek canon. Players command their own star ship within the vast Star Trek universe and can also complete ground missions.

Explore space, the final frontier, and boldly go where no man has gone before in Star Trek Online. Choose from three different factions and more than 20 playable races, or create your own unique species. Rise to the rank of admiral, recruit a crew of officers, and command your own starship as you venture into the farthest reaches of space in the service of your chosen faction. Buy new ships to reinforce your fleet and upgrade their shields, weapons, and engines in preparation for the rigors of space combat. The game features both ground and space combat, with plenty of missions for both. Fans of Star Trek should be pleased with the game’s well written, story-driven gameplay. https://www.arcgames.com/en/games/star-trek-online

The game is set 30 years after the events of the film, Star Trek: Nemesis. The United Federation of Planets and the Klingon Empire are once again at war after the collapse of their treaty. The Romulan Empire continues to cope with the loss of their home planet, the Dominion (previously a military superpower) struggles to rebuild their forces, and the Borg Collective is once again threatening to assimilate the quadrants. A small warning to hard core Star Trek fans – Star Trek Online tries to follow official canon, but breaks away at times. 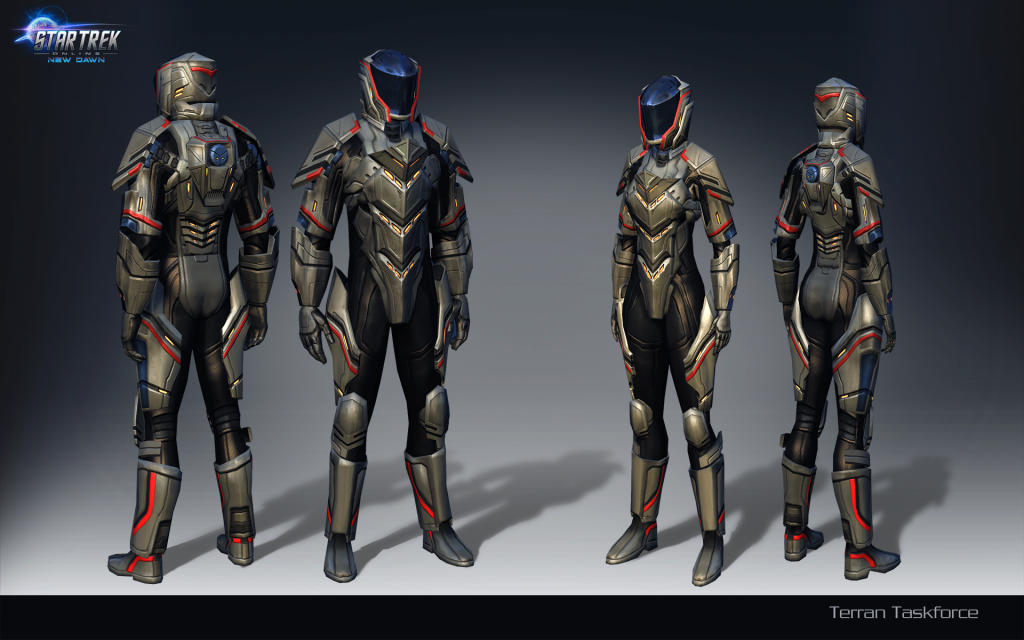 Star Trek Online players start off by creating a character and picking a faction to side with. They can choose from three factions: the Federation, the Klingon Empire, or the Romulan Republic. Each of these factions have their own story, starting zones, and quest-lines. Depending on the faction selected, players then get to choose from a number of species or races to play as. The Federation has the most race choices, with only a handful available to the Klingon faction and only two races available for the Romulan faction. Additional races can also be bought from the C-store, STO’s item shop. Another race, the Liberated Borg, is only available for players who purchase a Lifetime Subscription. While each race does have inherent racial traits, these don’t really affect the game that much, and players can just go ahead and pick whatever looks cool. I know I did. Apart from the available species, players can also create their own through the character editor. The character editor is one of STO’s strongest points and gives players a wide variety of styles and options to play around with and create their own unique characters. There are also guides available on the web that shows players how to re-create other species from the films that are unavailable in the game. After choosing their faction and race, players then choose from three classes, which determines their role in both ground and space combat. Players can choose to play as Tactical Officers (DPS), Engineering Officers (Healer/Tank), or Science Officers (Healer/Buffer/Debuffer). In keeping with tradition, starships are also given names along with characters. The game allows for duplicate names for both toons and starships, so naming shouldn’t be a problem. Players can also use the handy name generators to quickly name their characters and starships.

Star Trek Online starts players off with a quick tutorial on movement, camera control, and interacting with NPCs. Players go on breadcrumb quests, which lead them from one area to the next while teaching them the basic skills needed to play the game. After speaking to a few NPCs and receiving training on how to use phasers, players then embark on a training mission aboard a starship. Players are given a taste of ground combat when the training mission suddenly goes wrong. Events take a turn for the worse and players are left in-charge of their very first starship. Bridge officers aboard will quickly get players up to speed on how to control the starship during space combat, which is a huge part of the game. Gameplay concepts, like gathering data and how to properly use weapon systems, are slowly introduced during the missions. One thing I noticed, though, is that the controls feel a bit awkward, especially during ground combat. Firing your weapon involves constantly spamming the right mouse button, which also happens to control your camera. The UI is also a bit too cluttered which, in my opinion, compounds the problem even more. An alternative would be to use the number keys, but there’s only so much five fingers can do when you’re also using the WASD, X, and C keys to control your character during combat. Space combat is a bit easier since they’re usually at a relatively slower pace than ground combat, and don’t require strafing, jumping, or rolling around. Still, the controls seem a bit unwieldy.

Visually, Star Trek Online is stunning and can be compared to games like Eve Online and Star Wars: The Old Republic. The game features beautiful 3D graphics that perfectly depicts the places, ships, and species found in Star Trek canon, including the Golden Gate Bridge looming over the Federation HQ, and the infamous Klingon warships. The planetary systems are also superbly done. Starships engaging hyperspace drives, phasers and torpedoes lighting up the darkness of space, as well as the sounds of space combat, is exactly what you would expect from a game inspired by the Star Trek franchise. The iconic background music also lends an epic feel to the game and will definitely resound with fans of the series and films. 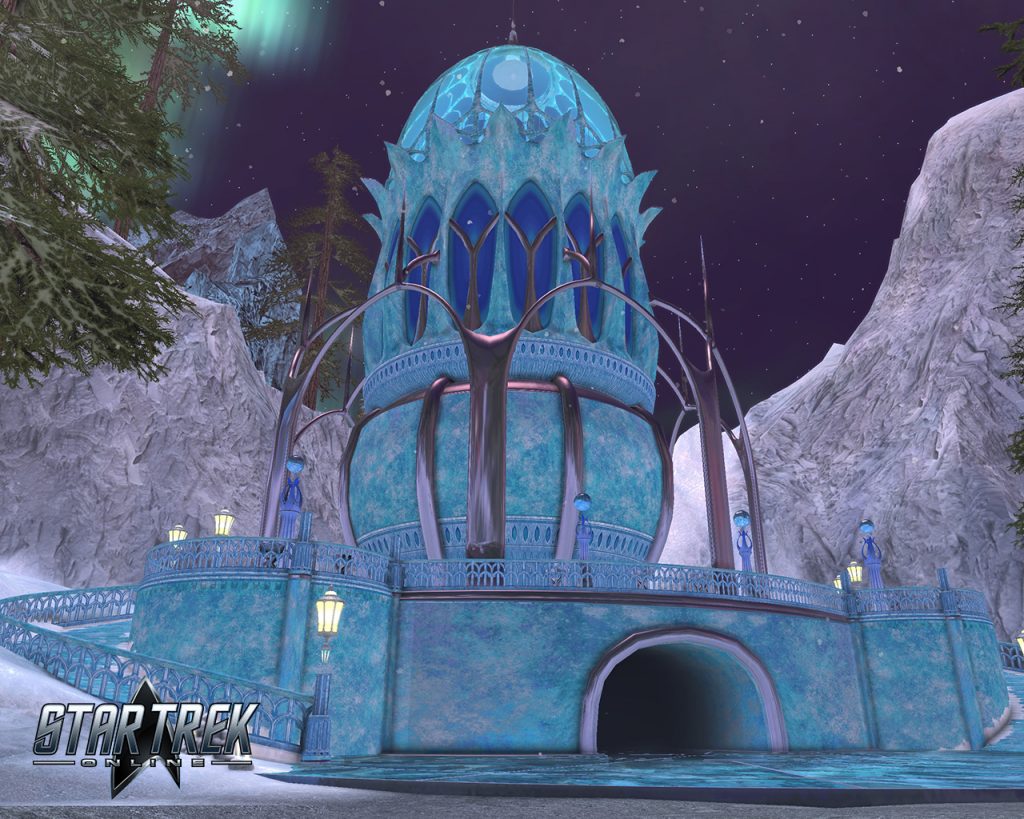 A unique aspect of Star Trek Online’s gameplay is that much of it involves space battles in one of the many systems, quadrants, and sectors that make up the Star Trek universe. Players warp from one system to the next, completing missions assigned by their faction. These missions are typical breadcrumb quests that lead players from one area to the next while driving the story forward. Each faction follows a different storyline, which gives additional replay value to the game. Typical missions involve taking out enemy ships, traveling from one point to another to gather data, wiping out invaders with phasers, and talking to certain NPCs in one of the planetary systems. Players can choose to start missions in varying degrees of difficulty. Completing a mission in a higher difficulty usually results in better rewards.

In STO, starships are awarded to players by their respective factions as they gain rank. Players are given starship tokens to buy starships at each new rank up to Rear Admiral, Lower Half. After reaching this rank, starships must be purchased using one of the currencies available in the game, namely, Dilithium, Lobi Crystals, Energy Credits, or Zen. Starships can be purchased from the shipyard and the C-store and come in a variety of versions with varying combat strengths. Starships come in Standard, Refit, Retrofit, Mirror Version, and Fleet Ship versions with Retrofit being the strongest and most expensive. Each faction also has different types of ships that perform various roles, from heavily armed Escorts, Raptors, and Warbirds, to heavily armored Cruisers and Battle Cruisers.

As Captain, players are in charge of controlling their starships as well as installing additional equipment, upgrading existing ones, or purchasing additional ships to beef up their fleet. Since Star Trek Online leans heavily towards space battles, ship customization is actually one of the selling points of the game. Players can install and upgrade weapons, warp cores, deflectors, shields, consoles, and hangar bays. The equipment installed on starships affect how a starship performs in battle and may be the difference between winning and losing. Like equipment in most MMORPGs, starship equipment comes in different rarities (indicated by color) and can be acquired from combat loots, purchased from NPCs, and bought or traded from other players. Starship equipment can also be purchased from the C-store using Zen, Perfect World’s premium currency, which can be bought using real-world cash. Aside from equipment and starships, the C-store also offers Bridge Officers, and a number of boosts to that give paying players a bit of an edge over free players.

Moving Up the Ranks

As players progress through the game, they gain ranks every few levels. Ranks vary depending on the player’s faction, but have the same benefits. Players start off as Federation Cadets, Klingon Warriors, or Romulan Citizens and make their way up the hierarchy until they reach the maximum level of 60 and gain the rank of Fleet Admiral for the Federation and Romulan Republic. As players gain rank, they are rewarded with skill points that they can use to unlock skills in each class’s skill tree. Skills are used to execute specific actions during both ground and space combat, like the ability to create support drones for Engineering Officers, create a Strike Team for Tactical Officers, or give the Brace for Impact command for all classes. Players also unlock better starships as they move up the ranks. 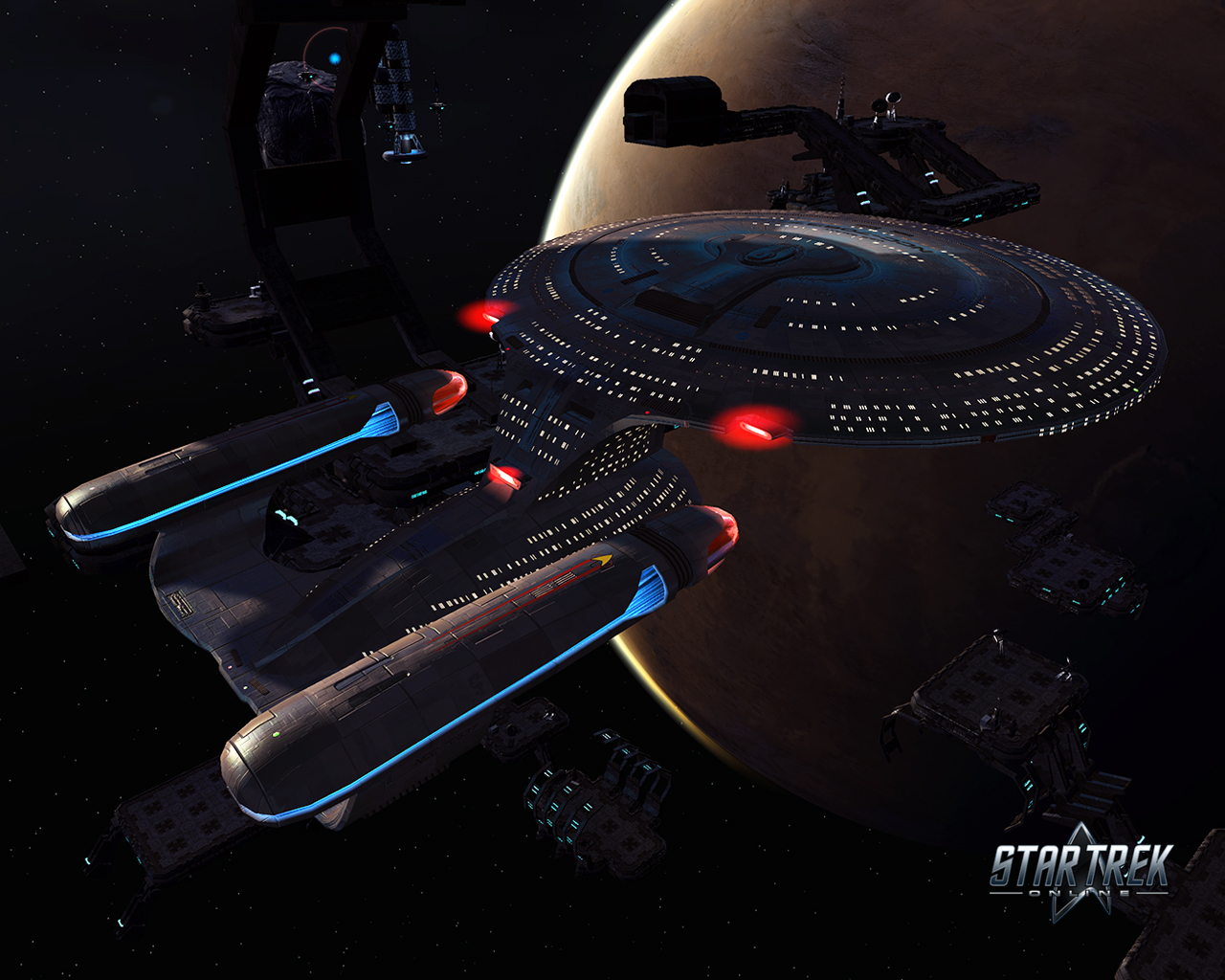 Captain, Please Report to the Bridge

A Captain can’t be expected to do all the work alone – that’s why he needs Bridge officers to oversee tactical, communications, engineering, and various other tasks related to running a starship. Bridge Officers in STO can be obtained by completing the “New Officer” mission or via the in-game auction house called the Exchange. Like equipment, Bridge Officers also come in varying rarities depending on their abilities. A Science Officer with the innate ability to cure bleeding, for example, would be considered rarer than one without it. Bridge Officers can be given additional abilities by using training manuals or by receiving training from the Captain. The abilities that Captains can teach depend on their class and the skills they have. 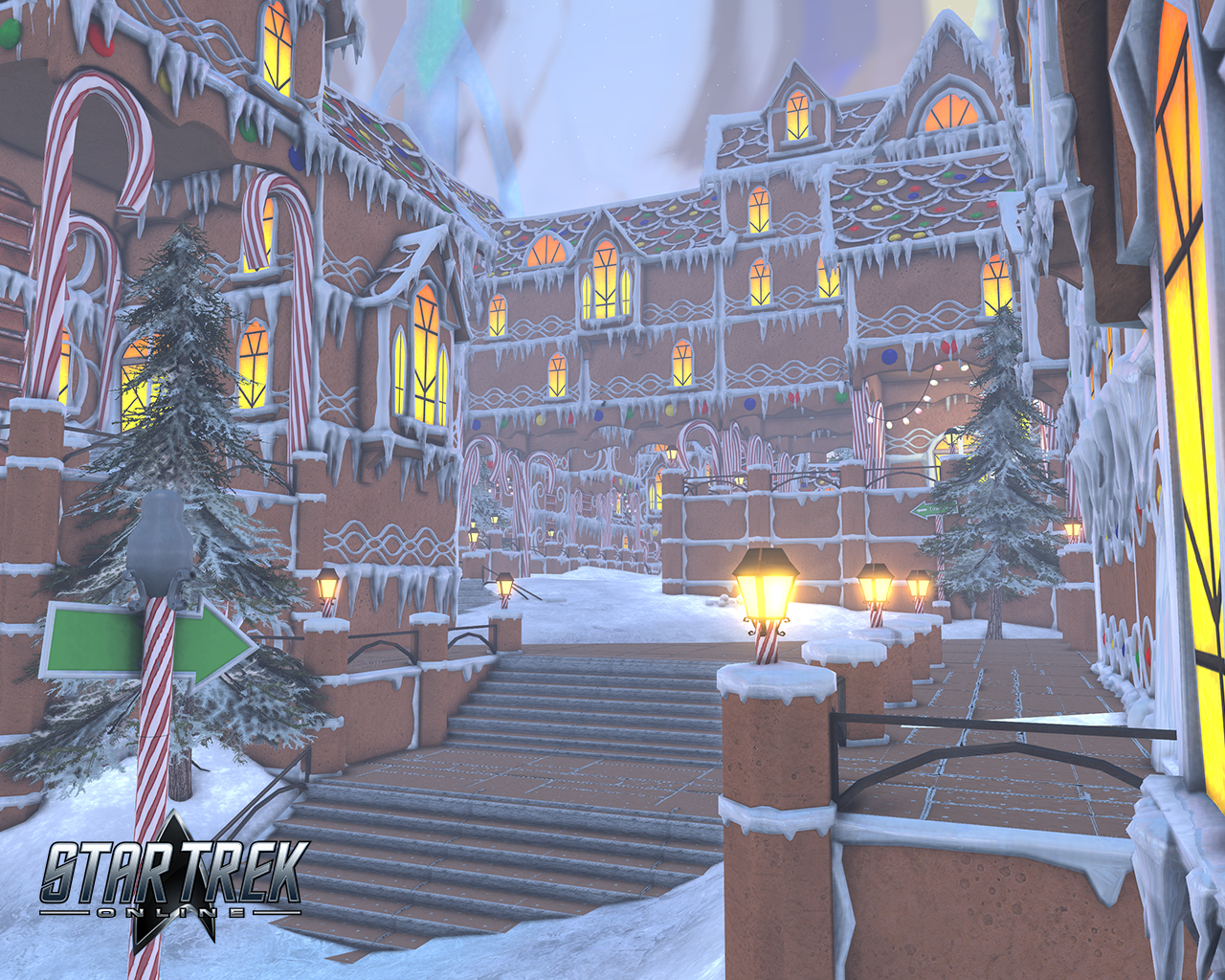 Star Trek Online features the innovative Foundry system similar to Neverwinter, a game based on the widely popular Dungeons & Dragons universe. The Foundry system can be accessed by clicking on the “Create Content” button in the character selection screen. The system allows players to create their own custom missions and storylines, which can then be played by other players. These missions range from simple kill quests to elaborate mini-campaigns, which add infinite replayability to the game as long as players continue to create custom missions. Foundry missions grant players a variety of rewards and are worth trying out if you ever need to take a breather from the main quest lines.

Like most MMORPGs, STO also gives players a chance to test out their skills against other players through instanced Battlegrounds and War Zones with a choice between ground and space combat. PvP queues can be accessed through the Mission Journal. War Zones allow players to fight against the opposing faction in large, continuous, open maps while also fighting the Borg Collective. In Ground War Zones, players work with teams to complete an objective while under constant threat of attack from the opposing faction, who are also trying to complete the objective. Battlegrounds, on the other hand, have two teams with a set number of players on each side competing to complete different objectives based on the map selected.

Star Trek Online is a breath of fresh air from the usual hack-and-slash MMORPGs because it offers both ground and open space combat. The game tries to stay true to the Star Trek canon and also features great graphics, awesome special effects, as well as incredible music and sound effects. The Foundry system also adds virtually unlimited replayability and gives players a chance to unleash their creativity. A good game that’s definitely worth checking out and a must-play for Star Trek fans. Might have been great – if only they’d do something about those awkward controls. 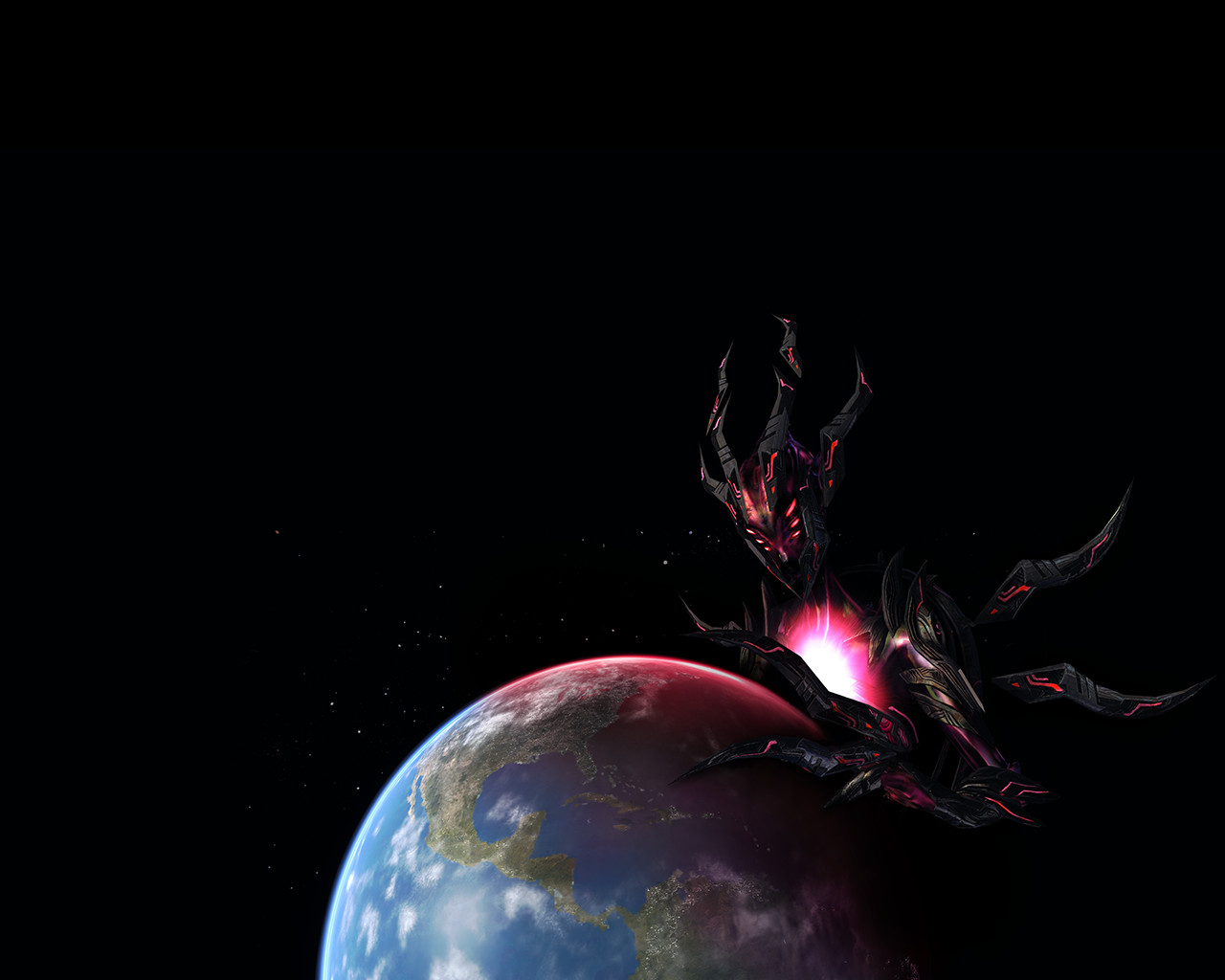