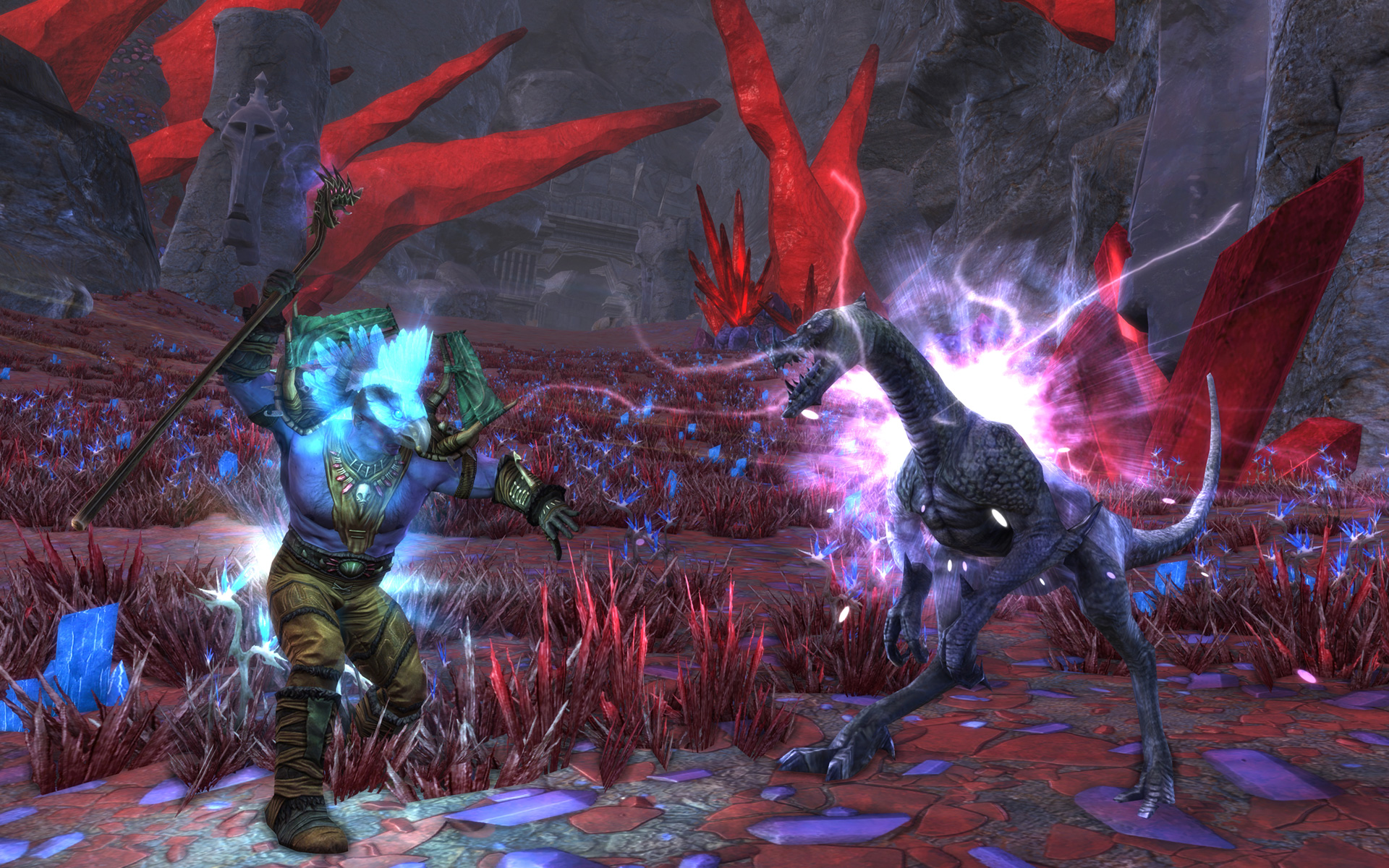 Rift (previously known as Rift: Planes of Telara and as Heroes of Telara before that while still in alpha testing) is a fantasy free-to-play massively multiplayer online role-playing game developed by Trion Worlds. Rift takes place within the fantasy world of Telara. Two competing factions, composed of a selection of races and classes, battle each other and the enemies who emerge from dynamic “rifts”. The game was released in March 2011.

Rift received generally positive reviews from game critics. In August 2011, Trion announced that 1 million users/players have played the game and by January 2012 it had earned $100 million in total revenue.

In March 2018, Trion launched the game’s first progression server called Rift Prime, which features sequential expansions unlocked throughout the year, minimal cosmetic item shop and a fresh start for all characters created. This server requires a monthly subscription to play.  A month after launch in April 2018, Trion called the server a “massive success” for the company, stating that the server had set new records for event participation and continued to have a strong active population. On April 7, 2019, RIFT Prime closed down. Players were able to transfer their characters to RIFT Live. https://www.riftgame.com/

“Defend the Wardstones!” the warrior beside me bellowed, seconds before being overrun by Breathless Banshees. Undead hordes were invading Telara, spewing out of a dozen swirling, inter-dimensional rifts in the canyons of the Scarlet Gorge. The army of the Plane of Death—banshees, ghosts, ghouls, and drake—marched forth, cutting down any players, NPCs, and wildlife in its path. We, the ragtag group of players who happened to be there when the assault began, were all that stood in the way. From atop a tower in the last remaining city in Scarlet Gorge, I frantically fired off healing spells, but things weren’t looking good. If the Wardstone fell, the event would be lost, and the undead would occupy the land.

Just in time, an uneasy alliance of players from both the Defiants and the Guardians (Rift’s rival factions) finished sealing the last of the Death rifts. While they’d normally have slain each other on sight, they stood together against the common threat, and managed to turn the tide. This truce was short lived, however. Closing the final rift triggered a boss stage: a huge wave of zombies (which, like a group of crows, is known as a “murder”). Once the horde showed their decaying faces the factions once again crossed blades, each hoping to defeat the zombies and claim the best quest rewards for themselves. In the end my faction, the Defiants, emerged victorious, and all who contributed were rewarded with fabulous items.These frequent, zone-wide events aren’t a distraction from Rift—they are Rift, and they’re some of the most epic, fantastic experiences available in MMOs today. 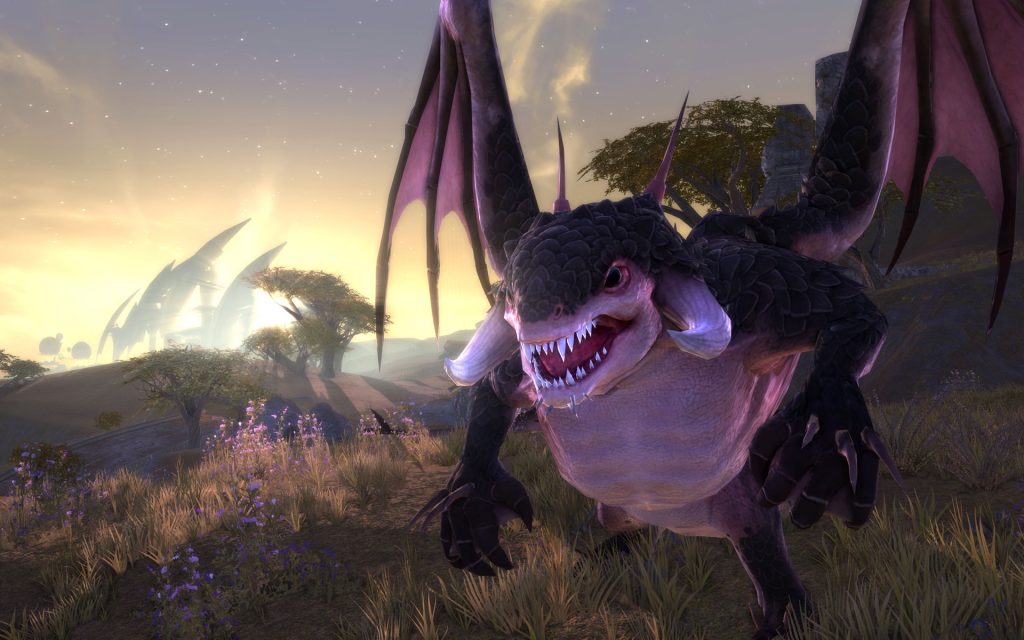 To protect and serve

Without these rifts, Telara would be nearly indistinguishable from any other generic fantasy world. At one point in its lore, it was a typical fantasy realm, filled with elves, dwarves, and everything else stumbling out of a Lord of the Rings convention. These days, the veil between planar dimensions is as weak as a damp Kleenex, allowing invaders from the planes of Air, Death, Earth, Fire, Life, and Water to open rifts and appear anywhere. The world is constantly under attack, and new rifts open as quickly as they can be closed. An ideological conflict on how to deal with the crisis created the two factions, with Guardians praying to their absentee gods and Defiants attempting to repair the veil with powerful machines. This creative story in a familiar setting works in Rift’s favor: I actually felt as though I’d seen it before the rifts tore the world asunder.

Put a rift in your Rift

Fundamentally, Rift’s rifts are an evolution of the public questing system that has become prevalent in MMOs, putting major, memorable battles in public areas that you don’t have to quest an hour or more to reach. Sealing one involves a multi-part mission that anyone who happens to be nearby can take part in, defeating waves of foes that grow exponentially more difficult and scale to the number of players involved.

If left unchecked, rifts spawn invasions: groups of enemies that set their sights on nearby towns. Once there, they’ll take out the quest-givers and set up a home away from home until players liberate it. This could have ended badly for Trion, since players usually consider anything that stops them from turning in quests to be effectively design-level griefing. This time, though, it works—when I return to a quest-giver to find that fire demons have set up camp on his corpse and that I need to kick the beasties back to the hell they came from if I want him to respawn and pay me, it really sells the idea of a dynamic world at war. Since the game rewards me greatly for evicting these inter-dimensional squatters, I don’t mind the extra work one bit.

This same concept extends to the zone-wide events that regularly occur in Telara, popping up as frequently as hourly (depending on the total players in a zone). Without warning, one of the elemental planes can begin a full-blown invasion, marching armies out of dozens of rifts and into cities. Without organized player resistance, an event can be over in minutes, but when everyone works together the outcome is extraordinary. Watching hundreds of allies take down bosses or destroy bases is exhilarating every single time, especially considering the potential to earn rare gear.

Not every moment is spent fighting extra-planar invasions, though. There’s a full MMO beyond the portals, with rewarding crafting and a massive number of NPCs that need my help collecting flowers, killing boars, and breaking stuff. The quests are varied, if somewhat uninspired, and there was never a moment where my quest log wasn’t completely full of missions spread out over a number of different zones, giving me plenty of options and making grinding enemies for experience completely unnecessary.

The 100-or-so hours it takes to hit the level cap (50) would be nearly indistinguishable from its contemporaries if not for the rifts, but considering there are usually at least three or four open at any given time in every zone (sometimes many more), the path to the cap was never boring—unless you consider traditional “hit the buttons on the bottom of the screen a lot” MMO combat to be boring. Having played a few MMORPGs in my time, I went in assuming the usual shortage of healers and created a Cleric as my first Rift character. It’s a habit I’ve picked up to avoid the song-and-dance of spamming every healer on the server to find backup whenever I want to enter a dungeon. As it turned out, I didn’t have to.

Rift solves this problem without abandoning the customary tank-healer-DPS “holy trinity” of MMORPG play by allowing players to adapt on the fly. By swapping between customizable “Roles” at any given time, the classes (Rogue, Cleric, Warrior, and Mage) can adopt sub-classes called Souls. Combining three of these into a Role, a single click can turn a tank into a healer, a damage-dealer into a tank, or a healer into a damage-dealer, without giving up the traits that make the classes distinct. My Cleric tank, for example, can buff his stats to double his armor, add a big chunk of health to his pool, and heal himself (and his party).

I love that I don’t need to have multiple characters to experience the different elements of the game, though I do wish I could tie armor and weapons to the different Roles to completely transform my character without manually swapping out my wardrobe each time. Still, the ability to run dungeons with almost any party makeup beats the hell out of trying to recruit perfect groups.

End of the road

Once you hit the level cap a new set of quests open up (some of which require raids of 10 or more players to complete), and all of the lower-level instances are revamped and scaled up with additional bosses and rewards like tokens used to purchase specialized gear. They don’t feel all that different from their low-level counterparts, but the incentives make them worth replaying—especially for anyone looking to compete in Rift’s player-vs-player instanced battlegrounds, called Warfronts.

Until level 50, three different Warfronts are available, providing their own takes on Capture Point, CTF, and keep-away. The fourth Warfront, Battle for Port Scion, is only available to level 50 characters, and it’s a PvP fan’s dream. 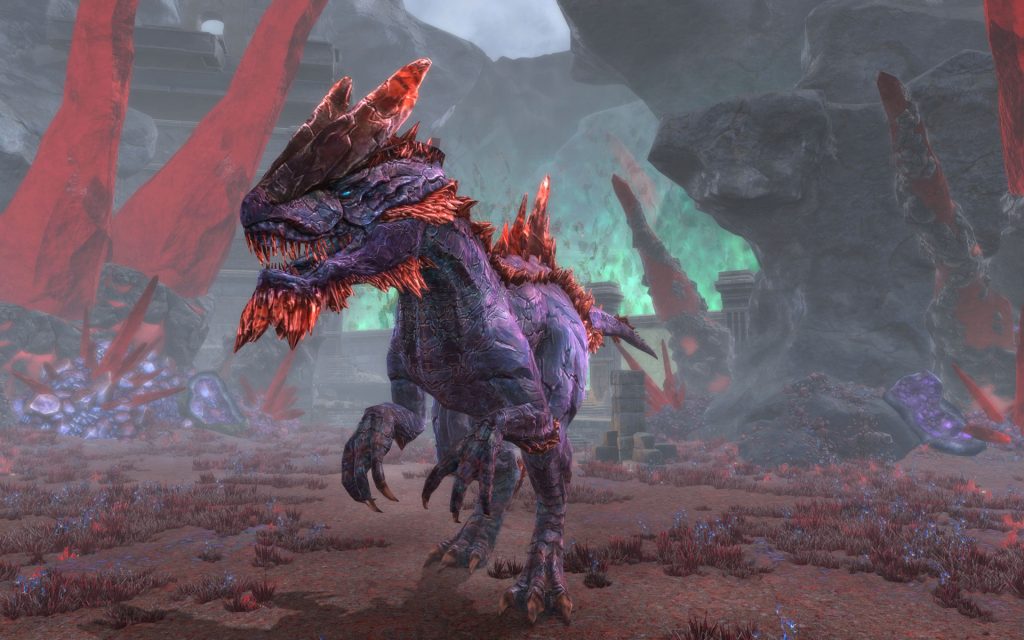 Set in an enemy-occupied city, players earn points by completing objectives, defeating powerful, high-level NPCs, and summoning great allies, all the while doing battle with other players. Here’s the kicker: killing the enemy faction doesn’t actually help your team towards the 1,000-point goal. This emphasis on teamwork over ganking leads to more strategic battles—an accomplishment that other PvP-focused MMOs should really take to heart.

Virtually all of Trion’s concepts in Rift have paid off, and instead of turning out cheap or punishing, these features help make Rift’s world feel epic and rewarding. Rifts are undoubtedly the best execution of public quests to date. They make exhilarating experiences like slaying massive golems from the Plane of Earth part of the daily routine, and the massive, zone-wide events feel unlike anything I’ve experienced playing an MMO. The core experience of the MMORPG hasn’t been reinvented, but arguably that’s a good thing. Rift’s ideas build on the concepts of MMOs that have come before it, creating a refined game that can stand with the best of the genre.