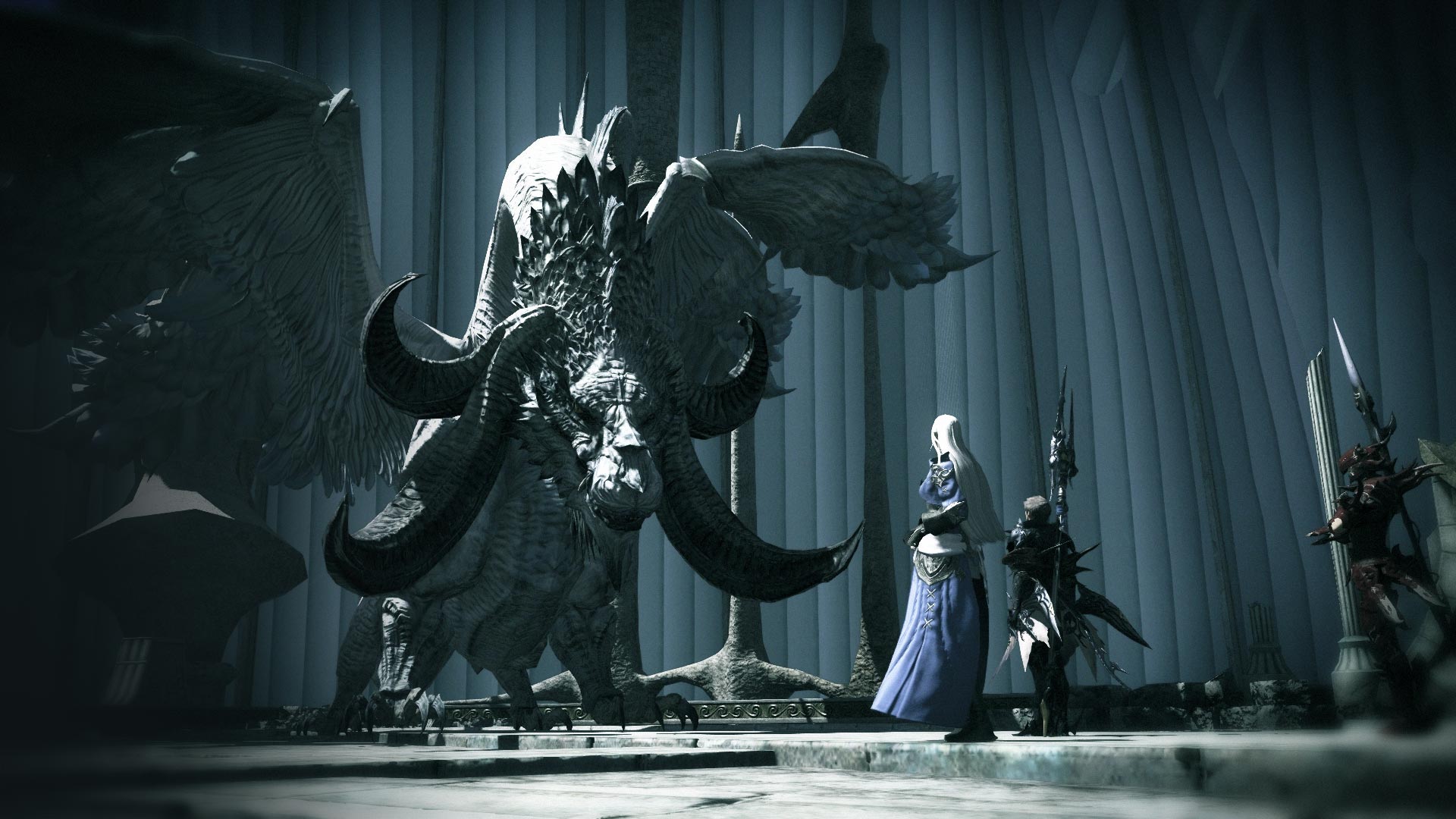 The original Final Fantasy XIV released in September 2010 to largely negative reception. As a result, then-Square Enix President Yoichi Wada announced that a new team, led by Yoshida, would take over and attempt to fix the issues with it. This team was responsible for generating content for the original version as well as developing a brand new game which would address all of the previous release’s criticisms. Initially dubbed “Version 2.0”, it features a new game engine, improved server infrastructure, and revamped gameplay, interface, and story, fully replacing the original.

The game released to largely positive reception; critics praised the game for its solid mechanics and progression, and they commended Yoshida for turning the project around. After a poor 2013 fiscal year, Square Enix executives attributed the company’s 2014 return to profitability in part to the game’s strong sales and subscriber base, reaching a total of over 18 million registered players by 2019. Since release, the game has had a number of content updates produced for it, including three major expansion packs: Heavensward (2015), Stormblood (2017), and Shadowbringers (2019). https://www.finalfantasyxiv.com/

“Shadowbringers” is such a goth name, to the point that I wouldn’t be surprised if you entered Final Fantasy XIV’s latest expansion expecting to see, oh, broody anime antiheroes running a delivery service for vampires. But it’s so much more than that.

It’s a tale that reminds us that the world’s beauty depends on a balance of light and dark rather than a surfeit of one or the other, and that starry nights boast as much majesty as sunny afternoons. It’s an oddly timely tale that riffs off contemporary concerns about ignorant politics in the context of a sickened world, and its cutscenes command more interest than many series on television. It’s not only the best Final Fantasy XIV expansion so far (at least in terms of its launch state), but its story hits with such a force that there’s no longer any question that Square Enix’s MMORPG warrants inclusion in discussions of the best Final Fantasy games of all time.

That’s a big statement, I know, and I’m sad that I can’t discuss the story in great detail without giving too much away. So let’s suffice it to say that this is a tale about how you and FFXIV’s usual cast of NPC super friends—the Scions of the Seventh Dawn—get whisked away to a dying world that’s in danger not from an eternity of darkness, but rather from an all-consuming source of light. The light is bad, in other words, which is quite the culture shock for a band of fighters featuring someone called the “Warrior of Light.” So insidious is this light, in fact, that it’s whittled down the world to a single inhabitable continent, and the people who dwell within have gone generations without seeing the glory of a night sky.

Remarkably, though, it’s still a world that looks and feels like your old stomping grounds of Eorzea, right down to familiar races, styles of dress, and the fact that these “aliens” have zero trouble understanding what you’re saying. It’s not without its surprises, though, such as a race of hulking cat men called the Hrothgar and bunny-eared women known as the Viera, both of whom are now available as playable races. There are even dwarves!

And the wonders extend beyond people. To the south, a tsunami of frozen “light” looms over the horizon like dried icing, and far to the north, you’ll find a fairy kingdom where the natives make life hell for visitors more out of mischief than malice. To the west, a city of rich people who deviancy themselves away in a kind of Masque of the Red Death while they wait for the light to finish its job. It’s a planet that’s all but taken the end of the world for a given.

And yet life persists. People defy the inevitable fate by attempting to continue living normal lives, and there’s a lot to admire about that persistence. There’s a lot to admire about virtually everything. The writing here from Natsuko Ishikawa endows the Scions of the Seventh Dawn with a depth they’ve rarely had before, and in the tradition of so many other great stories, even the villains warrant sympathy. Even when their aims aren’t palatable, they’re at least understandable. When the final fight comes at last following an unforgettable closing act, the aftermath leaves an aftertaste of tragedy.

The basic themes tread familiar ground, but there is hope, love, and a sense of humanity here that’s seldom found in an MMO. I care about these characters. (There’s also a recurring bad guy who’s way too good at kicking ass, but he has good lines and a good outfit, so I’ll give him a pass.) Eventually the story goes in directions I barely would have dreamed of when I first set foot in this new world, resulting in a payoff that’s better than any other moment of the game so far. Much of the intensity of this moment owes its power to the gorgeous score by Masayoshi Soken, which enriches the experience of Shadowbringers at every turn.

Trust, if you must

Beyond all that, though, Final Fantasy XIV retains much of the core design of previous expansions. It still places a lot of emphasis on FATEs—the semi-random, dynamic events that pop up across the landscape—and it still requires you to venture into dungeons and the occasional eight-man raid as part of the leveling process. But Shadowbringers introduces a key change in the form of the new (and totally optional) “Trust” system, which lets you take along three NPCs from the main storyline in dungeons rather than having to deal with human players you match with through the Duty Finder. 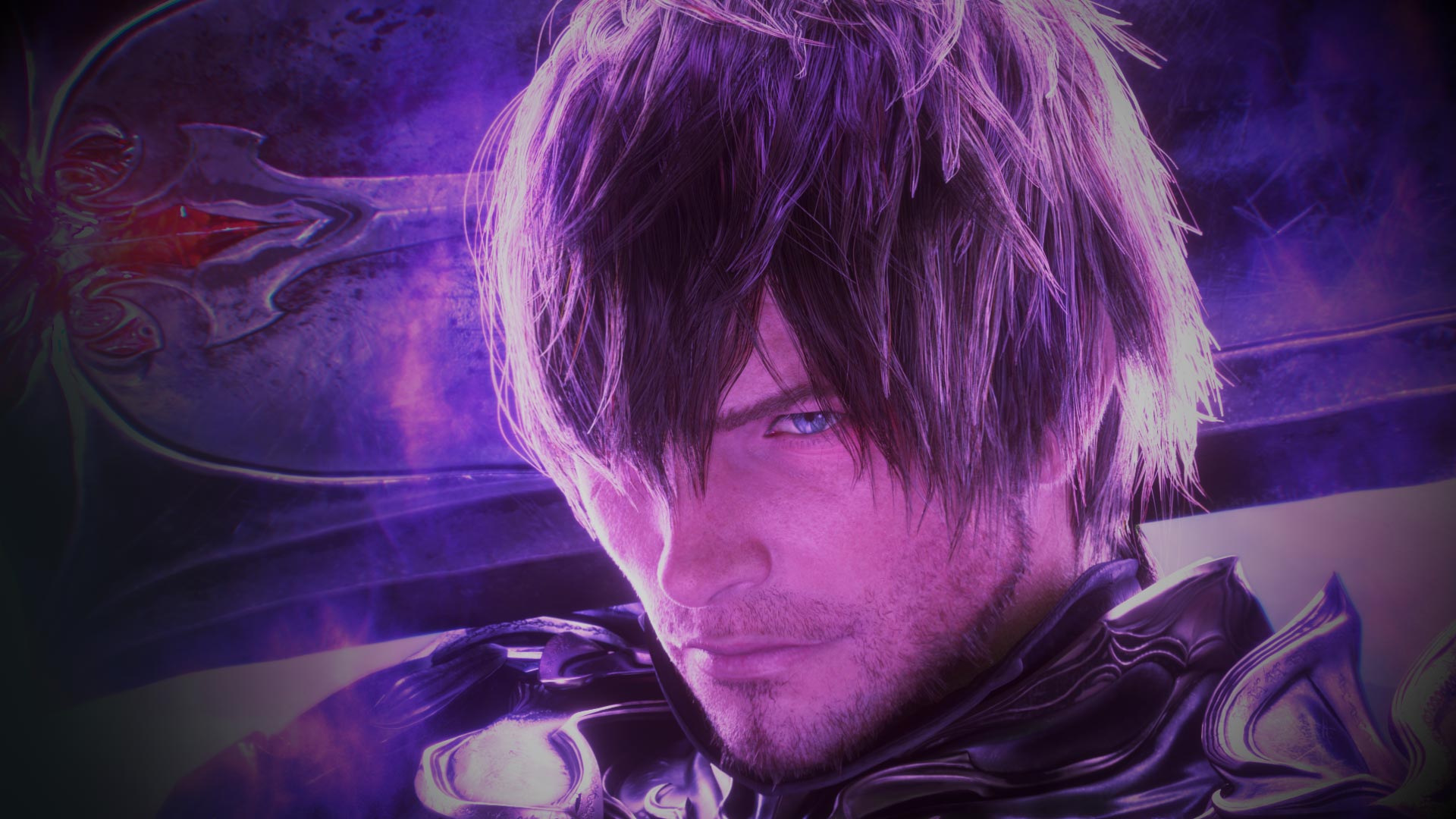 I don’t think it’s an utterly necessary feature, though, considering that FFXIV’s community isn’t anywhere near as toxic as what you’ll find in some other MMORPGs. Trust dungeons also don’t award as much XP as their counterparts with real people, and I found that negated their usefulness after I repeatedly found myself not having enough XP to level and unlock the next batch of main story quests. For that matter, they’re a lot slower than dungeon runs with real people.

Trust dungeons are, however, a fantastic way to learn the mechanics of dungeons and their boss fights without pressure if you’re worried about fouling up in the company of real people on your first visit. The NPCs stand in the right spots when they’re supposed to, which makes for easy runs—so long as you do your part. If you die, you’ll have to restart from before a boss fight, even if your merry band of NPCs is doing fine. As a bonus, Square Enix included in-character lines for each of your party members, so taking along buddies like Alphinaud or Y’shtola feels like you’re getting a tiny extra dose of story. They’re also a good way to get into dungeons quickly without having to wait out the often lengthy Duty Finder queues for damage-dealing classes, although fortunately such queues rarely last for more than five minutes this early into the expansion.

Still other changes await, such as the ability to choose which zone you want to start leveling in once the main story rolls into motion, and the enemies will sync to your level. World of Warcraft started doing this with Legion, and The Elder Scrolls Online essentially extends this kind of design to the entire game. It’s a welcome break from the dogged linearity of Final Fantasy XIV’s story as we’ve known it until now, and it’s all the more remarkable and the story’s coherence and impact don’t suffer as a result. There’s a still a lot of killing and twitching, but Square Enix smartly mixes it up by sprinkling quests with multiple dialogue options that occasionally have slight effects on a quest’s outcome. At other points, you may have to look for items through an interface that turns your field of view into a Hidden Object game. 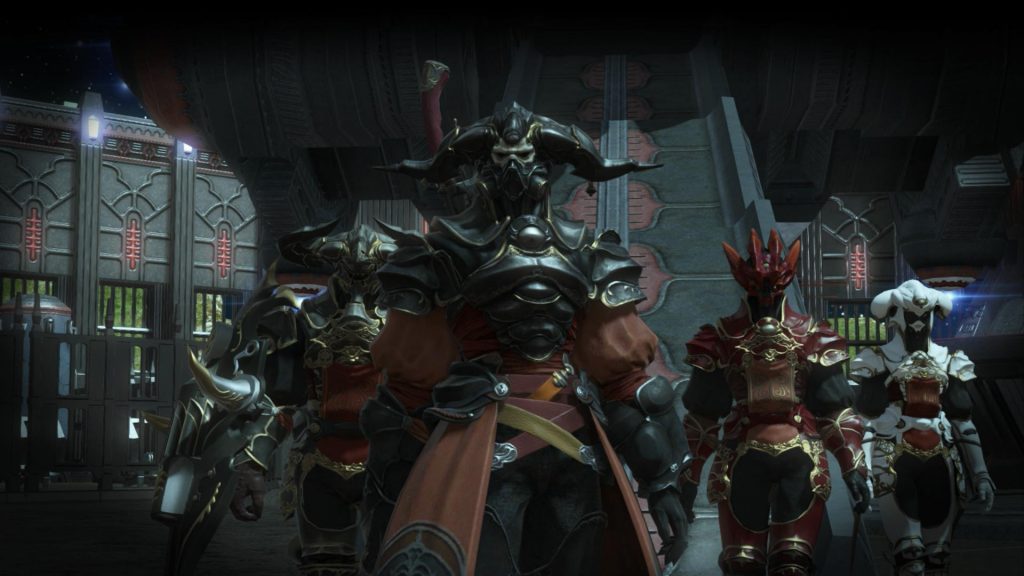 Along with the new races, Square Enix also introduced two new “jobs,” the fancy name Final Fantasy XIV uses for its combat classes (which, in stark contrast to most MMORPGs, can all be learned by the same character). The Gunbreaker is a tank who wields a sword that doubles as a gun—that’s how you know you’re definitely playing a Final Fantasy game—while the Dancer frolics across the battlefield with slicing chakrams of death while vaulting and pirouetting.

They’re both well-designed and pack powerful punches, and the Dancer even comes with party-wide buffs to replace those that were stripped from Bards. More than that, they’re fun. That’s a big deal, considering how plodding many of FFXIV’s classes felt at launch. You’ll need to have a Disciple of War or Disciple of Magic class leveled to 60 to play either one, but from there you can level your Gunbreaker or Dancer to Shadowbringers’ new level cap of 80.

So here’s a catch. For all its strengths, Final Fantasy XIV remains one of the most traditional mainstream MMORPGs, which in this case means you have to level through six years’ worth of story content before you can hop into Shadowbringers. And it’s not like World of Warcraft in that you can jump into the expansion content as soon as you reach the appropriate level for the content—instead, you have to experience the entire main story quest, and that includes part of the story that dropped in post-expansion content patches. If you level and play through the story the “right” way, you’re looking at a massive time commitment of well over 100 hours.

Fortunately, Square Enix lets you work around this by buying boosts through its Mog Station site for each expansion’s story in order to catch up with Shadowbringers. They cost more depending on how late in the story you want to start. For A Realm Reborn, you’ll only need to pay $11, but you’ll need to pay $18 and $25 to get past Heavensward and Stormblood respectively. These don’t level your character, though, so you’ll also pay $25 to level up any of the game’s combat classes to level 70, which is the level when Shadowbringers’ story starts. Put it this way: If you’re a new player and you want to jump into Shadowbringers immediately, you’ll have to pay $50 on top of the $40 you’ll pay for Shadowbringers itself. But I’d recommend not skipping Heavensward and Stormblood so you’ll get to know the characters in Shadowbringers better.

But there is no doubt in my mind that Shadowbringers is a story worth experiencing. The quality of FFXIV’s story has been improving for years—and it was never bad, only slow—but this feels like a great leap forward. I’d even go so far as to say that it feels like an entirely new Final Fantasy game, were it not for the many skillful callbacks to events in the story that happened years ago. So many MMORPGs have expansion stories that stand well on their own, but each new expansion of Final Fantasy XIV feels like a new chapter in a much larger tale—and the sense of place is the better for it. Shadowbringers is an achievement.

With this release, Final Fantasy XIV towers so far over its contemporary rivals that it drowns them in its shadow, and that’s a remarkable achievement for a game that was originally plagued with so many troubles that it had to be remade. I don’t say this lightly. In terms of story, the difference between Final Fantasy XIV and its rivals is like the difference between night and day. 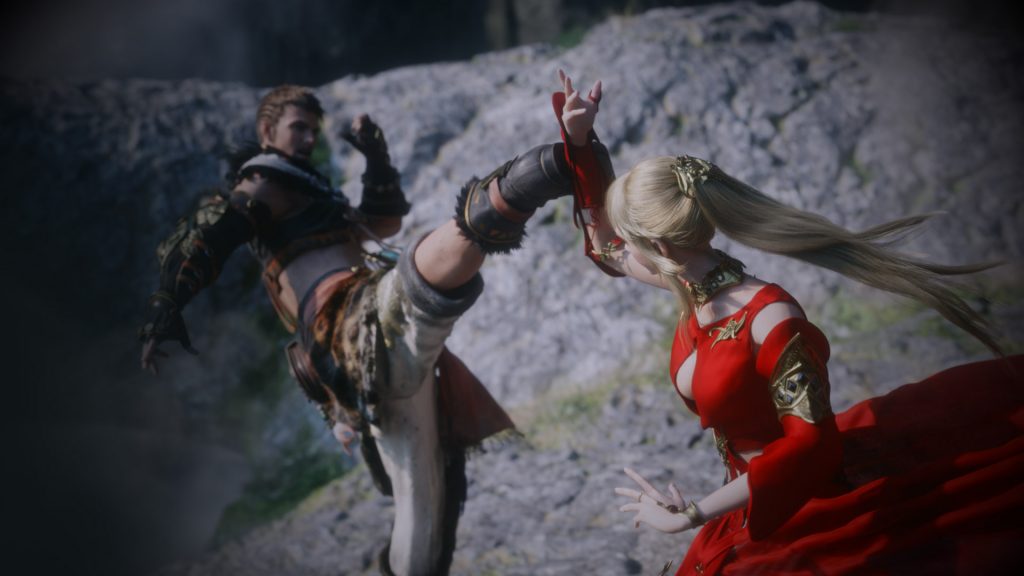