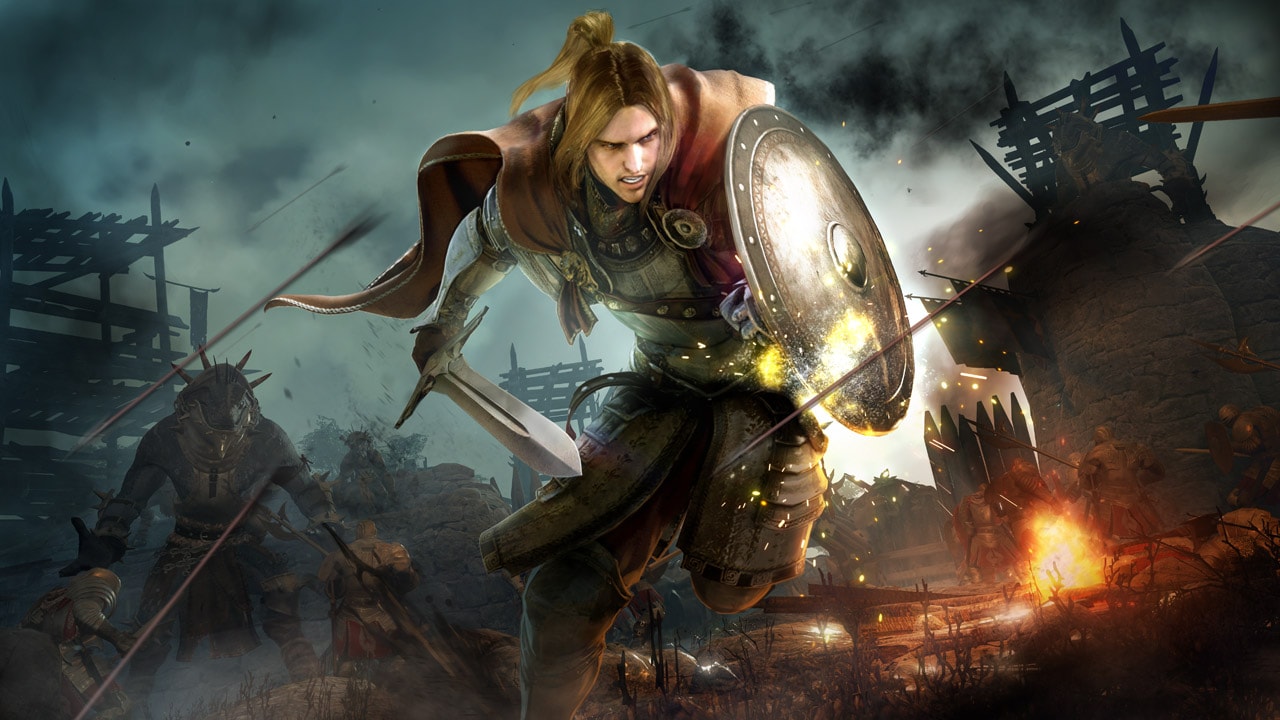 Black Desert Online  is a sandbox-oriented fantasy massively multiplayer online role-playing game (MMORPG) developed by Korean video game developer Pearl Abyss and originally published for Microsoft Windows in 2015. A mobile version titled Black Desert Mobile was initially released in Asia by early 2019, and worldwide in December 2019. The Xbox One and PlayStation 4 versions, known simply as Black Desert, were released in 2019. The game is free-to-play in some parts of the world, but follows a buy-to-play business model in other editions, including the English-language editions.

In 2018, Pearl Abyss began work on a prequel to the timeline of Black Desert, titled Crimson Desert, but during development it became a separate, stand alone IP with a different storyline and new characters. https://www.blackdesertonline.com/

It took me about 30 minutes to realize merely walking across Black Desert Online’s beautiful, sprawling world takes too damn long. There’s no fast travel, so I needed a mount. I hit up the local stable master and he gave me a donkey. It took me another 30 seconds to realize that, astoundingly, riding a donkey is even slower than walking. I had shit to do, so I needed a horse. But instead of giving the stable master another chance to disappoint me, I shook him down for carrots and rope and set out to tame my own steed.

The next thing I knew, four hours had passed, I’d mapped out half the starting continent, and I had tamed more horses than my then-mediocre stable could even hold.

The next thing I knew, four hours had passed, I’d mapped out half the starting continent, and I had tamed more horses than my then-mediocre stable could even hold. This is what happens when you play Black Desert Online. You start out with a simple goal: “I want that thing,” you quite reasonably decide. It’s a great thing; who wouldn’t want it? You ask global chat and Google how to get that thing and the two inform you that you need to do this and that. Then before you even get to that, you wind up knee-deep in this, which could be any one of the game’s dozens of involved and interwoven skills and systems.

Remember those carrots I got? They sucked too; the stringy things barely recovered any of my horse’s stamina. So I started farming my own special carrots. I also cooked up some sugar cubes so that I could better entice wild horses. To keep my rope supplies up, I knocked out a few quests for pocket change. I did all this just to get a horse. It’s a small example, but the thrill of learning and connecting mechanics and economies underscores what makes Black Desert such a compelling RPG.

As you might be figuring out, Black Desert is not like most MMOs. And in a lot of ways, it fails as an MMO. If you’re chasing a gripping narrative, let me save you the trouble and spoil Black Desert’s main story for you now: it’s barely there. I’ve completed it twice and honestly can’t tell you what I did along the way. I think I vanquished a demon lord at some point. The story is just a poorly translated excuse to get you to acquainted with the far more lively and interesting world—a sightseeing tour, basically.

And if you’re explicitly after dungeons and raids (things that MMOs like World of Warcraft and Final Fantasy XIV do so well), pack it in now. A couple of oversized world bosses is all Black Desert has in the way of end-game PvE, which is kind of a good thing since upgrading your gear grows tedious at higher levels. The thing is, I’m not interested in endless end-game or guild activities or, really, anything involving other people. You can buy Black Desert for $10 (or even cheaper in its first week on Steam) and there’s no subscription fee, so as far as I’m concerned it’s a single-player game that happens to have thousands of unusually dressed NPCs. And that’s where the sandbox really shines.

Black Desert lacks much of what you might expect from a modern MMO, but what it has in spades is agency. This is a game about building an empire, more akin to Civilization than World of Warcraft. At least, it is to me. To you, it might purely be an action-RPG with combat more fluid and frenetic than any other MMO. To many others, it’s a captivating role-playing tool powered by a rich character creator and a thickly detailed world.

If you want to build a production empire, which I highly recommend doing, you’ll spend a lot of time exploring and overseeing the map. And what a map it is. Forests, mountains, plains, seas and deserts peppered with towns and cities, stuffed with resources begging to be harvested and put to use in cooking, alchemy and production. You’ll connect cities and create trade routes, hire and feed an army of NPC workers, build and staff factories and forges and plenty more. You might also support your plans by skinning animals, planting crops, quarrying stone or just auto-fishing the days away.  Whatever you decide to craft or level, you’ll improve as you go, earning titles and increasing your yields and profits. It’s an addicting cycle built on palpable progression, which is reinforced by two of Black Desert’s central mechanics: energy and contribution.

Energy recharges over time and is spent whenever you gather materials by hand, restructure towns remotely, hire new workers or talk to some NPCs. Contribution points are spent on buildings like factories and lodging for workers. You’ll want as much of both as you can get, and you get more just by exploring. It’s an incredibly smart system that’s fueled by our innate drive to adventure: we explore to find things to do, and we become better at doing things in the process.  Finding new towns, meeting new NPCs, discovering new monsters and completing quests increases your maximum energy and contribution. It’s satisfying and intuitive that the more of the world you’ve seen, the more you can do in it. Black Desert is not only a buffet, but one which rewards you each time you try a new dish.

Get in there and fight

And again, superb combat is also on the menu. Building and exploration run so deep that I routinely forget Black Desert even has combat, but fighting is satisfying enough to carry the experience on its own. There are 14 classes at the time of writing, and each commands a diverse and exciting set of skills. (Though some classes are redundant and exist only to expand avatar options. Classes are gender-locked, by the way.) Rangers and Witches are fun, but if you ask me, melee’s where the money’s at. The sheer number of combos you can string together is staggering, especially given how natural it all feels on a mouse and keyboard. 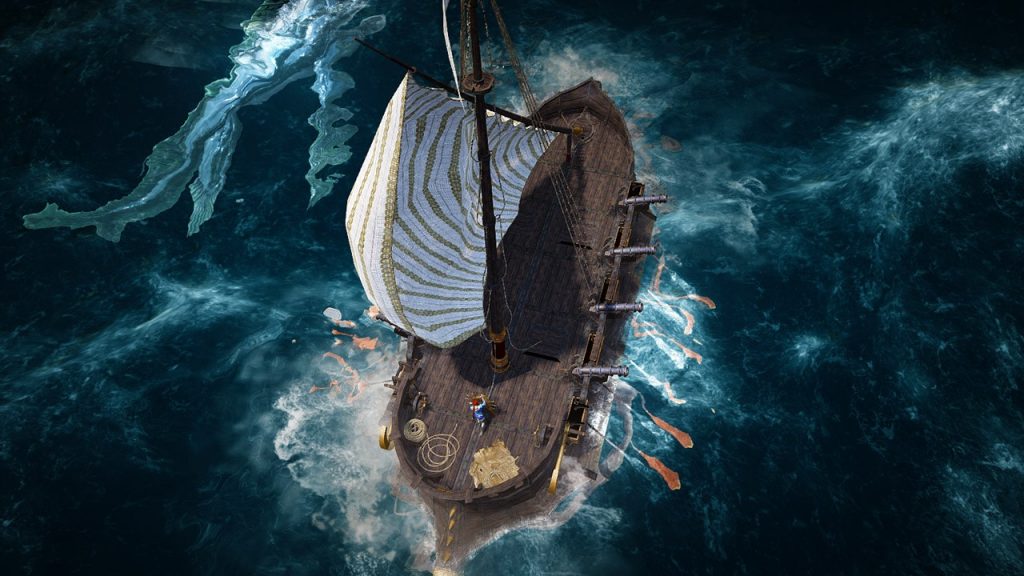 This is not a cooldown-driven MMO where you just macro skill rotations. Black Desert’s combat system is a playground of invincibility frames and animation cancels that’s every bit as fun to experiment with as its world. Much like energy and contribution, you get skill points just by fighting stuff. You can also reallocate those points whenever you want, so it’s easy to find out what skills you enjoy using, upgrade them and purchase ‘flow’ skills that take your combos to the next level—and then unlock your alternate ‘awakened’ weapon to do it all again.

Whether you talk to or pummel everyone you see, Black Desert always comes down to choosing your own adventure. As a result, you can wring some great stories out of the world despite its lackluster central narrative. For instance, your characters all share the same family name. This raises some fun questions. Who are you? What do you specialize in? Where will you settle and why? I’m not a hardcore role-player, but I like to think my Tamer prefers the company of her beast summon and other animals, so I put her in charge of training my horses. My Wizard is a geezer, though, so he mainly handles my farms, raining meteors when pesticides just won’t cut it. Black Desert is unabashedly not like most MMOs, and where it tries to be it falls short. But it is a stunning and organic fantasy sandbox ripe with choices to make and questions to answer. It also recently came to Steam and has yet another major free update on the way—complete with unicorns, airships and revamped climbing—so there’s never been a better time to give it a go. It’s a game that defies expectations. That’s precisely why it turns some people off, but also why it’s so damn fun. Now if you’ll excuse me, I’ve got to see a man about a horse. 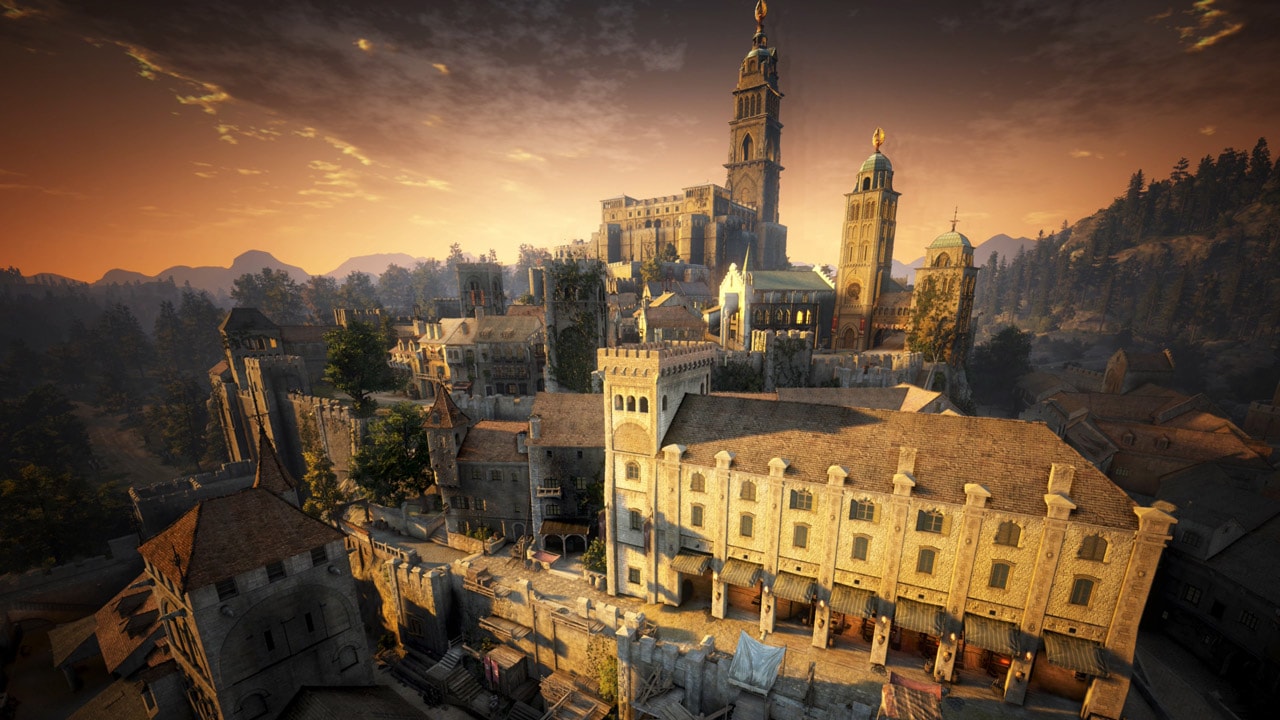