Aion is a feature-rich MMORPG set in the fantastical world of Atreia. Originally requiring a subscription, Aion went free-to-play on April 11, 2012. The game has received several major updates since release, including additional features such as pets, player housing, and entirely new continents to explore. Unique to Aion is an aerial combat mode called PvPvE where the two factions clash both among themselves and against NPC dragons for control over special zones and fortresses. Aion is known for having one of the most in-depth appearance customization options available via character creation. https://www.aiononline.com/

Aion, also known as The Tower of AION in Japan, is a 3D fantasy MMORPG developed by NCsoft and published by NA NCsoft in North America, Gameforge in Europe, SK NCsoft in South Korea, and Innova in Russia. The game was released on November 25, 2008 in South Korea and saw a Western release at the end of September in 2009. Aion started out on a subscription-based model, and became free-to-play on February 29, 2012 in Europe with restrictions on gathering, trade, and chat. On April 11, 2012, Aion became F2P in North America with a model called Truly Free, which did not involve aforementioned restrictions. Aion has had three expansions so far: Assault on Balaurea (released September 7, 2010), The Promised Lands/3.0 Ascension (released on October 19, 2011) and Dark Betrayal/Aion 4.0 (released on June 26, 2013). Aion Upheaval launched in June 17, 2015, which added 2 new zones, new stigma abilities for each class, and more. 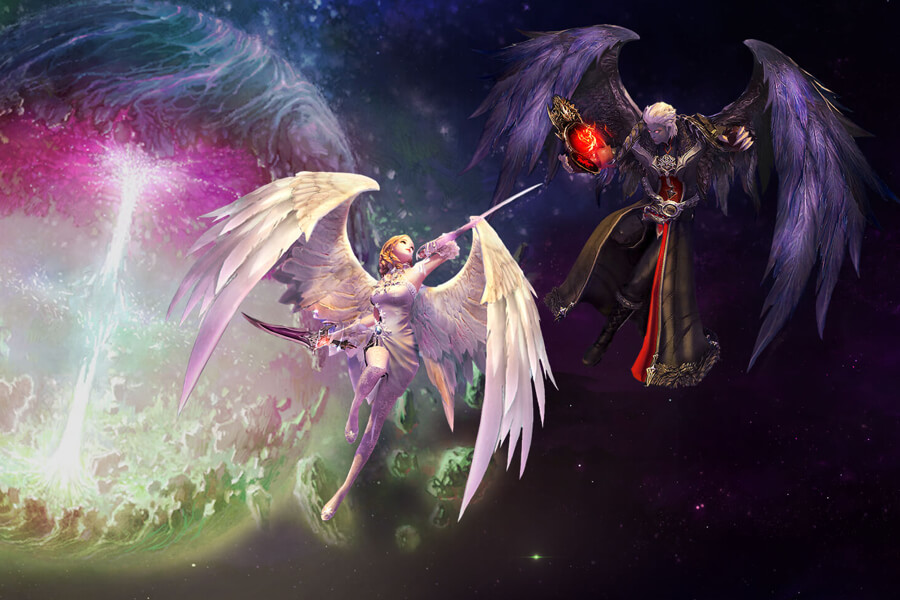 Aion takes place in the unique world of Atreia, a planet that is made up of two hemi-shells that face each other, and which are connected by the Tower of Eternity. However, the Tower of Eternity was broken during the cataclysmic event that occurred after the Millennium War, creating The Abyss in the process. Now, the Asmodians and the Elyos live on opposite sides of Atreia, constantly waging war.You will get to choose which side you want to join. Aion truly shines when it comes to character creation. Besides having a ton of predetermined options when it comes to faces, body types, and all that jazz, players also have sliders at their disposal to further fine-tune all of the details.

Learning new skills is done through skillbooks, which can be purchased from Skill Trainers as early as Level 3. Skillbooks can also drop from mobs or serve as quest rewards. Some skillbooks require reagents which can be bought from Job Supply Merchants and General Goods Merchants. Skills can also be gained from Stigma Stones and Greater Stigma Stones. There is a limited number of Stigma Slots (2 at Level 20, 3 at Level 30, 4 at Level 40, 5 at Level 50, and 6 at Level 55), and Stigmas can be purchased from Stigma Tuners and can be found as random loot drops. Greater Stigma Stones are purchased with Abyss Points (PvP currency) from Stigma Merchants. There are 6 Greater Stigma Slots that can be unlocked. Equipping and removing Stigmas is done at Stigma Masters and this action requires Stigma Shards (3 times the Stigma level for normal Stigmas, and 5 times the level for Greater Stigmas). As you can see, class customization is very different from other MMORPGs. In Aion, having the right repertoire of skills at your disposal requires that you go the extra mile.

Gameplay-wise, Aion uses WASD + hot keys, with the left mouse button for moving/attacking and the right mouse button for camera control. Tab targeting is also a part of the game, but it is somewhat poorly implemented. On the positive side, the interface is sleek, responsive, and easy to use. When it comes to quests, Aion is filled to the brim with them, and thanks to the significantly reduced amount of experience needed to reach the level cap, players will be hard pressed to find any time to grind for levels.

The leveling system has seen an overhaul in Aion, as it has in many other MMORPGs. It seems that old school grinding is going out of fashion very fast. Something else that’s out of fashion? Aion’s questing system. Tracking quests is awkward, finding quest locations requires too many clicks, there is no auto-travel, there is a ton of quest text… You get the picture. With that being said, questing is fairly pleasurable, at least early on, and players have the option to switch to a Fast Track server where XP gain is higher. I like the fact that Aion offers a faster experience gain server for those looking to reach the end-game content quicker. I’m surprised other games don’t do this.

It has to be said, the game hasn’t aged well. In fact, it didn’t start off well. Playing the game at max settings does not feel like you’re playing a game released in 2008. Lineage II, a MUCH older game, looks only marginally worse with the same graphical style. But graphics aren’t everything… Right? 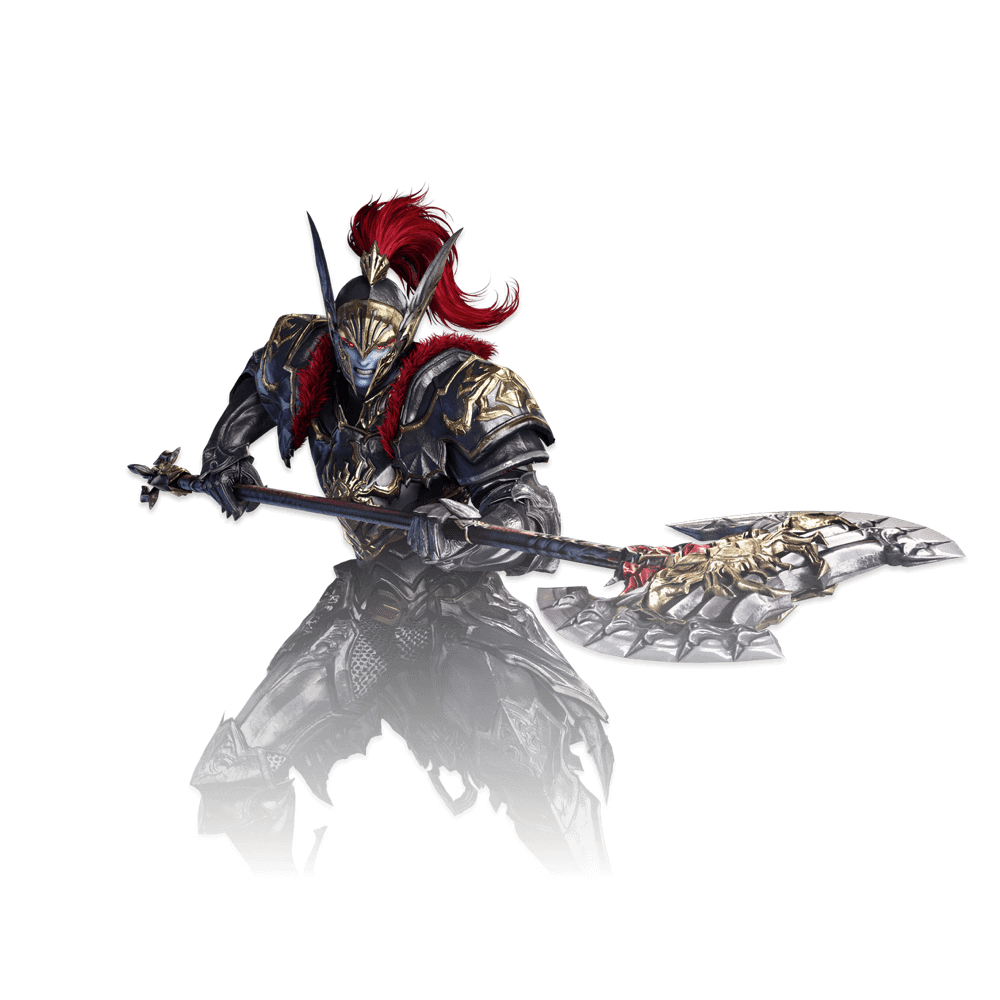 Aion’s other main draw is the aerial movement and combat. When players hit Level 10, they go through what is called an Ascension, which transforms them from puny Humans into Daevas, gaining “immortality,” a pair of wings, and the option to specialize their class. The wings allow the players to fly for one minute at a time, but as players rack up the levels and upgrades for the wings, the time is extended.

We’re getting to the juicy stuff now. PvPvE is one of Aion’s unique features. Aion’s PvPvE takes place in the Abyss, a Level 25+ zone where players wage war to control Fortresses, Artifacts, and Dredgions. Fortresses are castle sieges, where NPCs are involved as well, Artifacts are objectives which give buffs to the controlling force, and Dredgions are instances where players face off against each other with the added challenge of having to defeat NPCs. PvP in the Abyss rewards players with Abyss Points, which are used to increase a player’s Abyss Rank and purchase weapons, armor, and Advanced Stigmas (unique skills). Increases in Abyss Rank also changes the appearance of a player’s wings. However, Abyss Points can be lost by being defeated.

Other forms of PvP include Dueling and Rifting. Dueling is the classic mechanic that allows players to fight players from their own faction, while Rifting allows players to travel between Elyos and Asmodian zones in order to slaughter each other and shut down questing through excessive ganking. Rifts open up on a fixed schedule and they stay open for an hour. There are no level limits and entry rifts have specific locations, while exit rifts have two or three possible spawn locations. There are also defense quests, which entice players from both sides to participate in these events. Rifts can be sidestepped by players looking to level up in peace by switching to a Fast Track server. 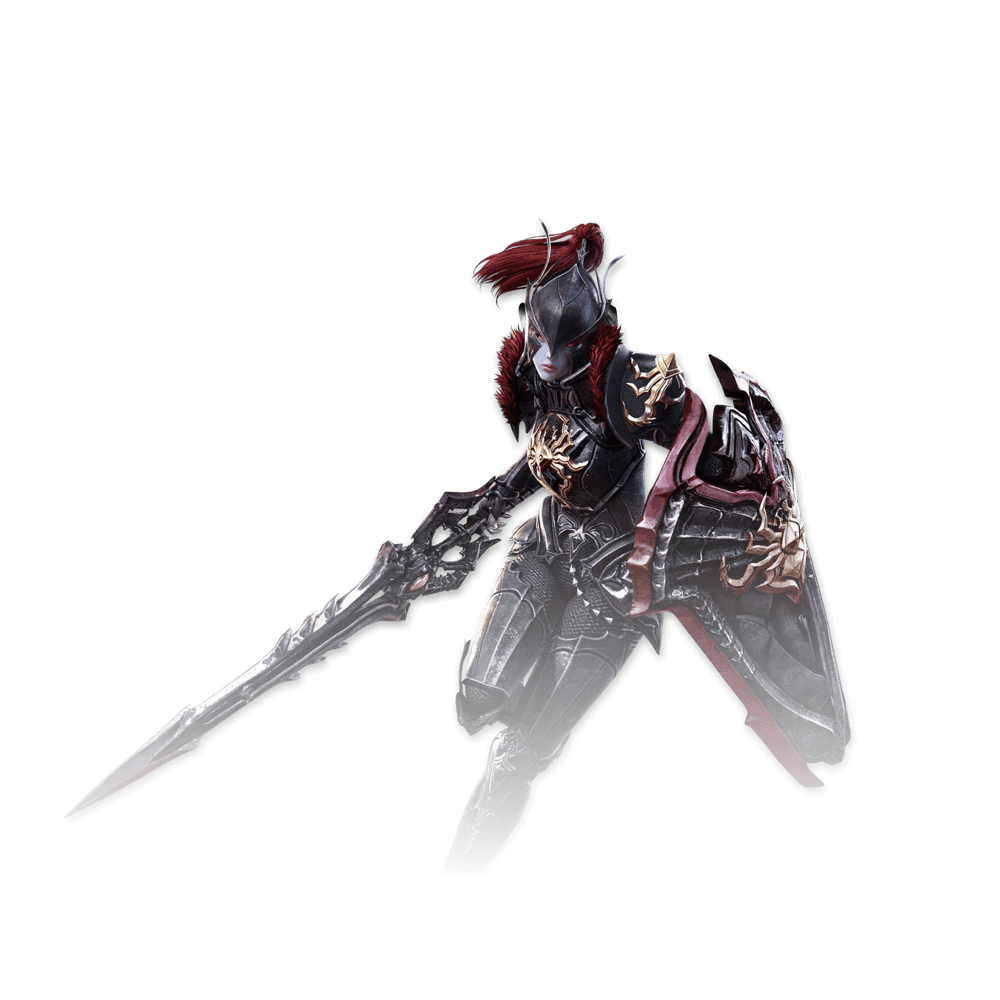 A Plethora of Features

Aion comes with a ton of features that include: plastic surgery, gender switches, instances, professions (ten in total), pets, and mounts. On top of this, Aion sees regular content updates, with expansions and patches that add new zones, new classes, and increase the level cap.

This is where it gets a little iffy. If you are in North America, then you’re in luck because you’re playing the Truly Free version of the game and you have no restrictions on content, play time, or anything else for that matter. On top of that, you have a fair cash shop with mostly cosmetic items. On the other hand, if you are from Europe, not only do you have to pay a subscription fee in order to have access to all of the game’s content, but the cash shop tends to give a pretty unfair advantage to anyone willing to spend some money. This unfair advantage comes in the form of goods that can improve items, drop rates, dungeon refresh rates, and all manner of imbalanced bonuses. It is worth mentioning that players can lift the limitations with in-game gold, but it takes around 12 hours to farm the necessary amount.

Aion has a lot of good things going for it, and, depending on which continent you’re playing on, a lot of bad things going against it. It’s definitely a good game, but there are things which make it harder to like. It does have some original concepts, tons of content, and a very dedicated community.